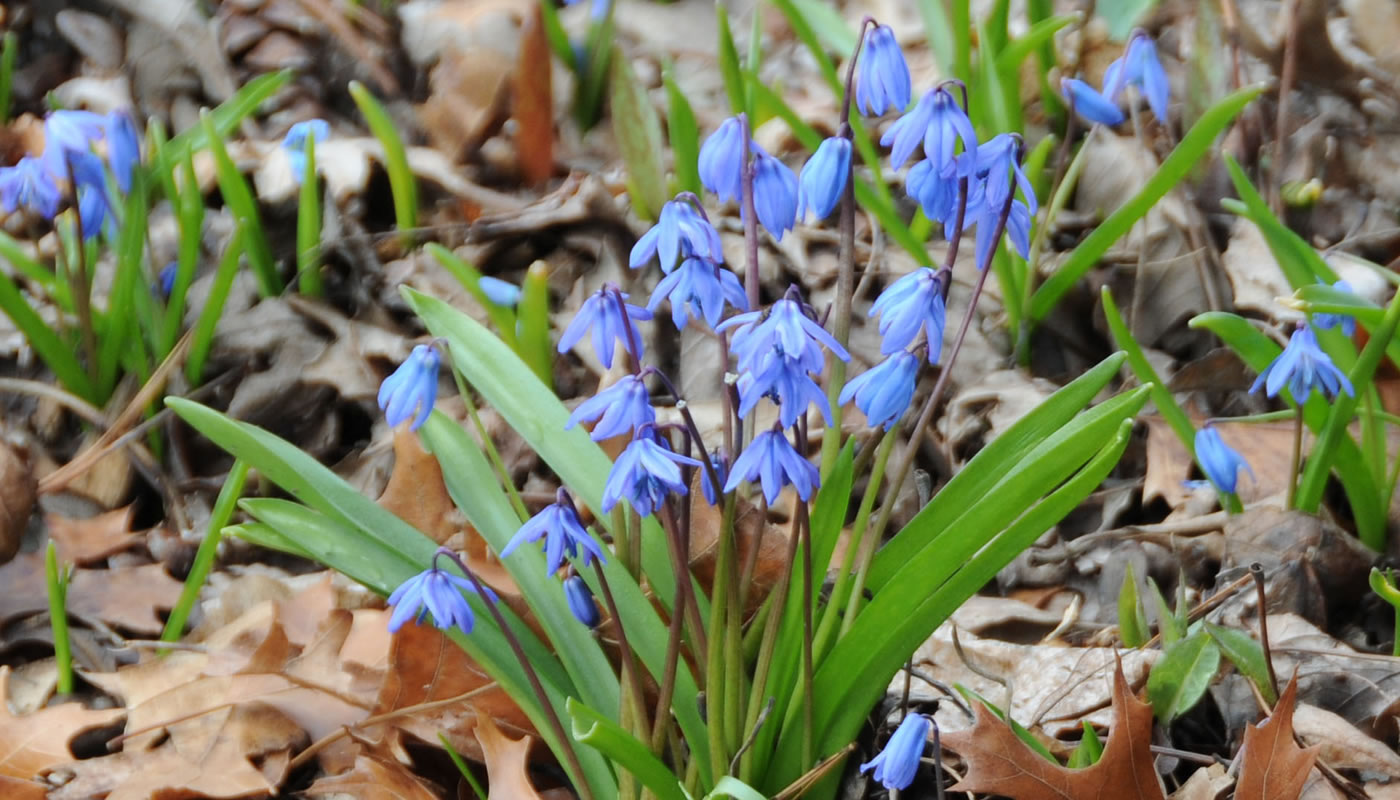 One of the early spring flowers to gladden the hearts of Cook County residents is Siberian squill, Scilla sibirica. Its small, blue, six-parted flowers blanket many shaded suburban yards throughout April, particularly in areas of open soil without competition from other plants.

Introduced from Europe and Asia, this short, fragrant plant can be found at a low level in Cook County forest preserves such as Chicago’s Dan Ryan Woods. It’s common on sites where old homes once stood. Though Siberian squill is common in Cook County, ours is one of only a few Illinois counties where it occurs.

According to Forest Preserve ecologists, squill doesn’t tend to spread aggressively. In Perkins Woods in Evanston, the plant has spread into areas where garlic mustard, a truly aggressive nonnative plant, has been removed. But in most places where it grows, it’s a quiet, well-behaved and bright touch to April in the suburbs.