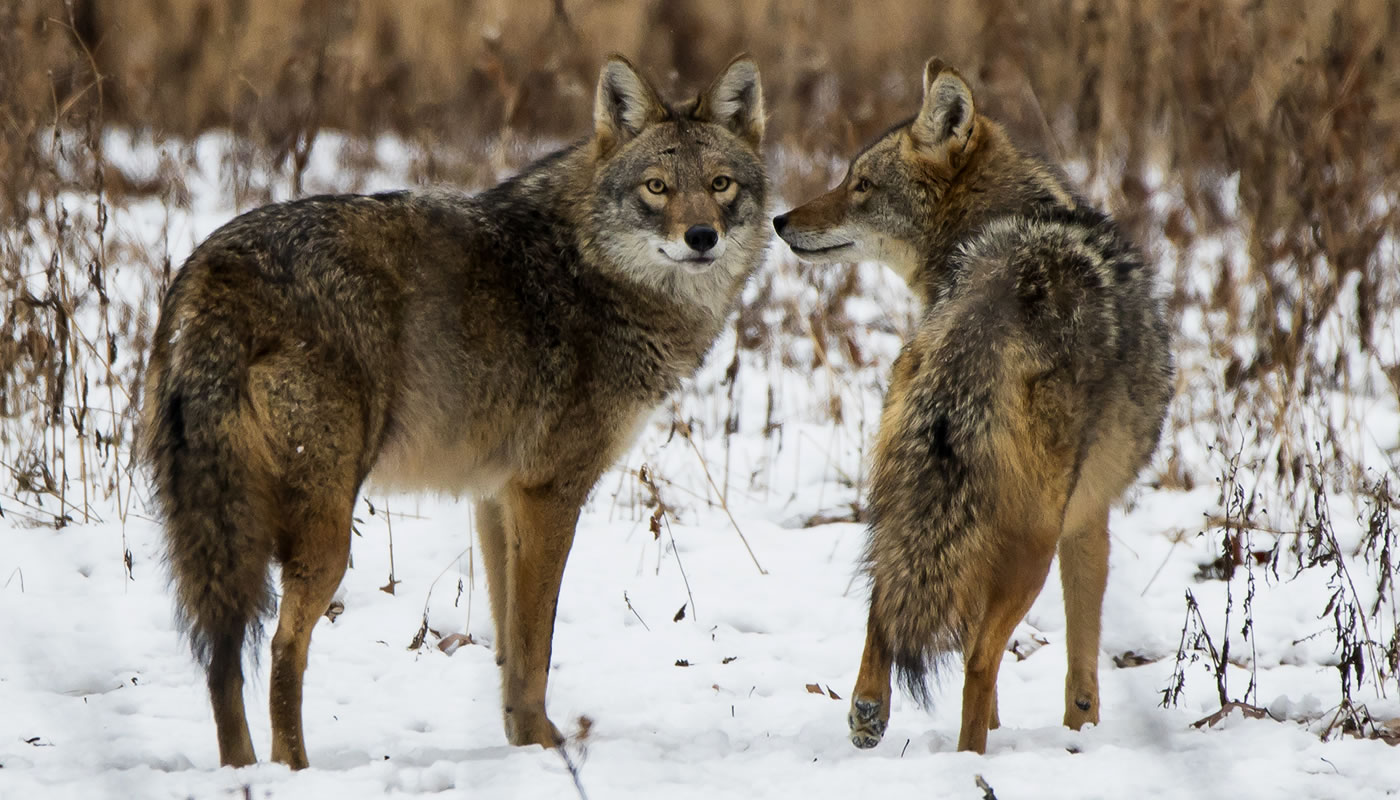 In nature, expressions of love run the gamut.

As Valentine’s Day approaches, we naturally turn to the topic of love. But it’s not just humans that pair up, split up, and make up. All year long, the animals and plants of our forest preserves are leading love lives as varied and complicated as anything in the human world.

The most common strategy for survival in the wild, it turns out, is mating opportunistically. That’s right: in the animal and plant kingdoms, it’s the cheaters, players and philanderers that dominate. A few local examples include skunks, opossums, raccoons and white-tailed deer.

Yet the forest preserves are also home to some shining examples of fidelity and monogamy. Perhaps the most famous is the coyote. A recent paper in the Journal of Mammalogy found that not one of 236 studied coyotes left their mate unless one of the pair died. “I was surprised we didn’t find any cheating going on,” said Ohio State University’s Stan Gehrt, a co-author of the study, which grew out of the Cook County Coyote Project. “Even with all the opportunities for the coyotes to philander, they really don’t.”

Another well-studied example of faithfulness in our local animal community is the prairie vole, an inhabitant of our open grasslands (and popular coyote menu item.) While most rodents actively play the field, prairie voles pair up for life, helping each other out in countless ways. The voles will cuddle, groom each other and raise young together. Even their offspring may stick around to help raise their younger siblings.

The bald eagle is yet another example of lifelong love. The couples stay together for life and even return to the same nest each year to breed. A pair of bald eagles nested last spring at Tampier Slough, the first recorded nest in Cook County to produce offspring in more than a century.

Other species generally stay true to their mates, but have been known to stray. Some of those prone to affairs include beavers, foxes, and birds such as the red-winged blackbird.

Of course, reproduction is not confined to the animal kingdom. The plant world offers many models. Plants, being rooted in place, don’t typically have much say in their partners. Theirs are mostly arranged marriages (arranged by pollinator-matchmakers, from insects to birds to bats). In other cases, plants such as oak trees leave their mates to chance, releasing their pollen to the wind and letting fate take over from there.

Plants are capable of self-love, too. In certain situations, especially if a plant is isolated with only rare breeding opportunities, it can do what’s called “selfing” and pollinate itself. The downside of this strategy is that the plant receives no DNA from any other plant, which can, especially over time, result in a weak and inbred population.

Finally, in what may be one of the more strange and inventive approaches to love in the natural world, the Jack-in-the-pulpit, a distinctive plant of spring woodlands, can change from male to female. If growing conditions are good, the plant will put out three leaflets and produce berries as a female. But if times are lean, it will be a one-leaved male.

Whether our local organisms are playing the field or focusing on the family, there’s no question that love is in the air all over the forest preserves.