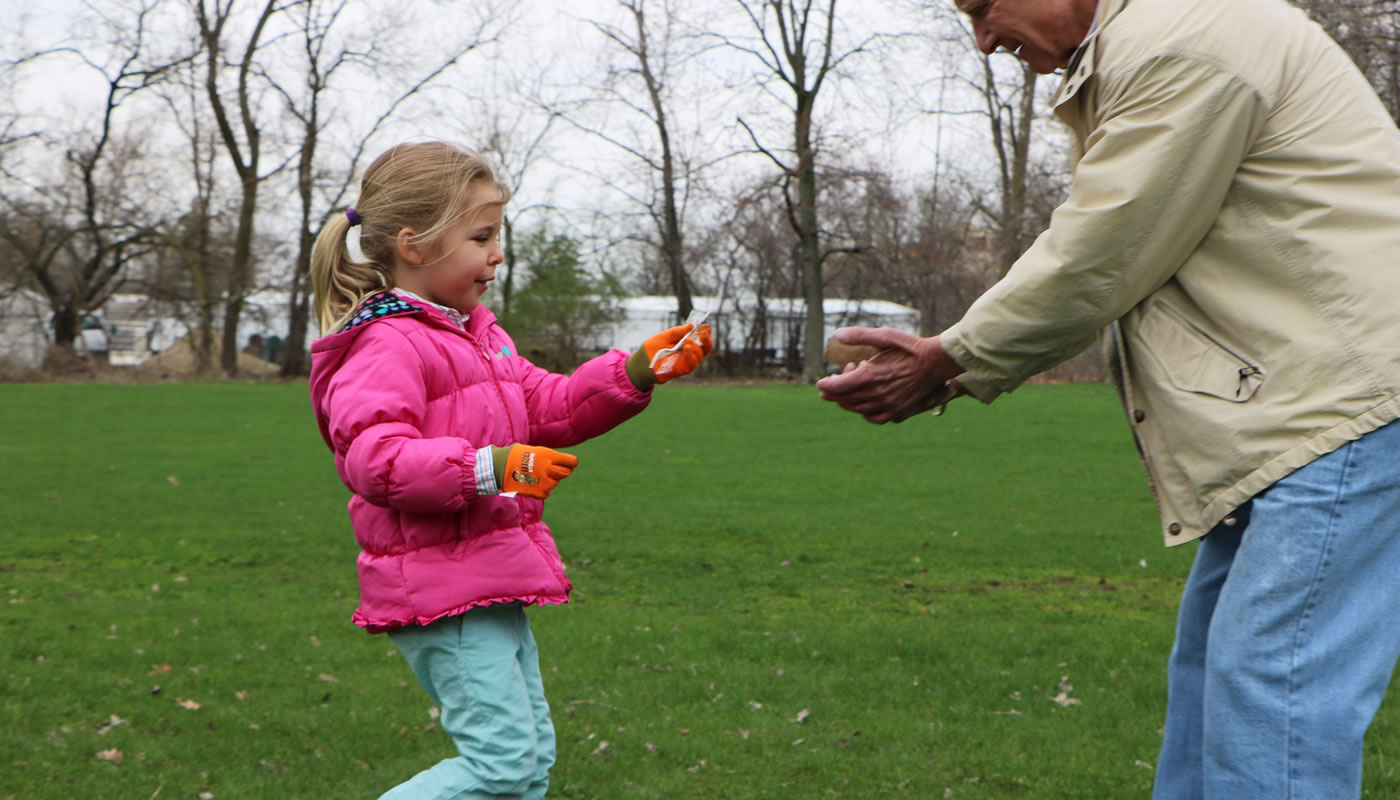 When Steven Gawlik was growing up, his mother Susan taught him respect for the environment, and that humans only have one life to live so people need to take care of it. Because he had these values, Steven was able to pass them down to his daughter Morgan, who is now a Forest Preserves Adopt-A-Site volunteer at only 6 years old.

“[When Steven was younger] we used to sit and watch animal programs, and then it was a matter of going out to see the deer. Along the way, if we see garbage, let’s pick it up and help keep it clean for people to enjoy coming here and using the Preserves,” explains Susan. “It’s nice to see that it’s been passed down, and hopefully [Morgan] will do the same because our planet is very precious.”

For more than two years, Steven has been bringing Morgan to Bunker Hill to spend quality time enjoying nature. While eating meals outside, Morgan and her dad watch deer and pick up any trash they see that was left behind by others.

In addition to teaching the importance of being proactive, Susan says this special ritual between Morgan and her dad is helping her grow up to become a responsible person. The idea of helping others and helping the environment is already having an influence on Morgan, who says she wants to be a nurse when she grows up.

Check out the video below to learn more about what Morgan enjoys most about being at Bunker Hill, and why she believes it’s important to volunteer:

Adopt-A-Site volunteers make a commitment to visit their favorite grove, river, lake or trail eight times between April and November to clean litter, paying special attention to the summer months when people are out in larger numbers. Because Adopt-A-Site volunteers determine when they make their site visits based on their schedules, this is a flexible volunteer opportunity. Once three site visits have been recorded, the volunteer is eligible to have a sign installed recognizing that they’ve adopted the site.