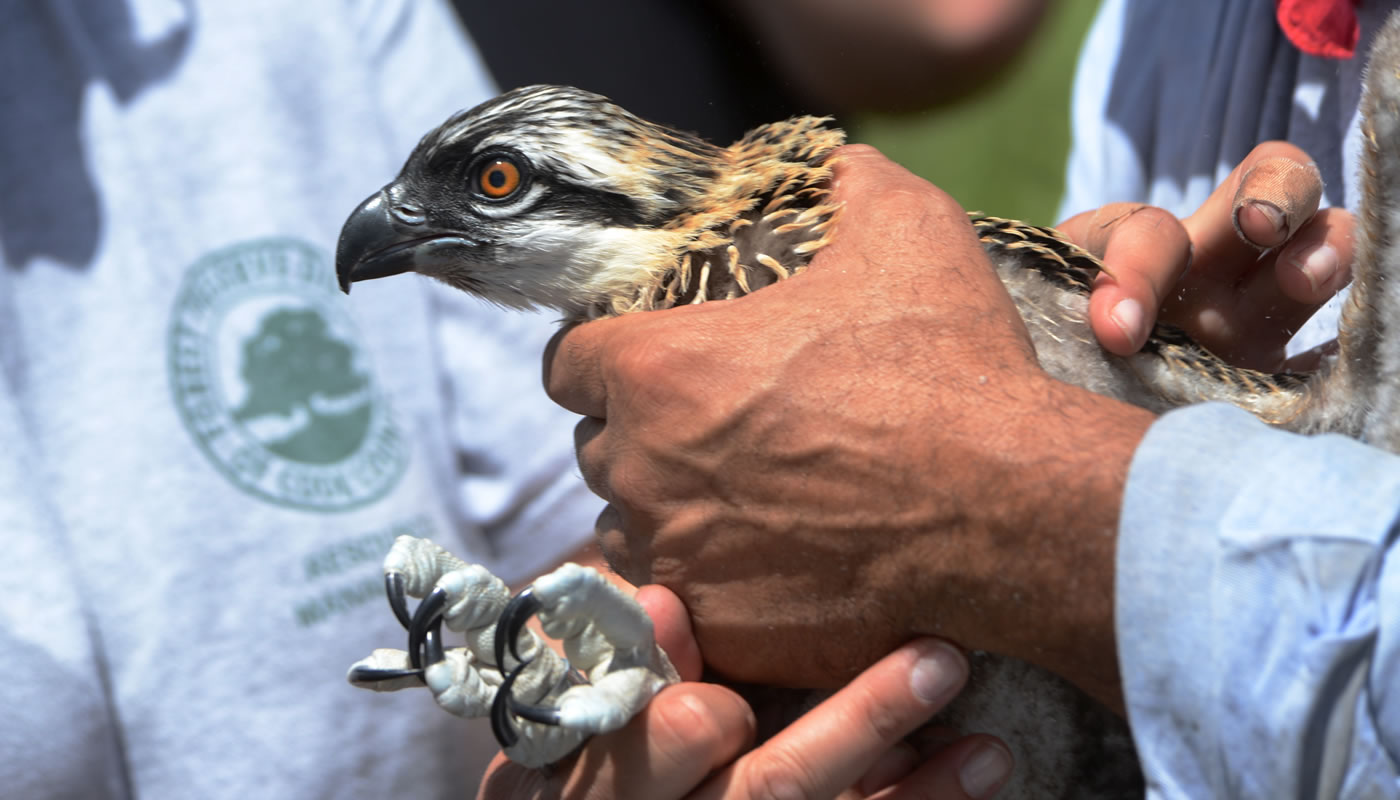 Watching an osprey soar overhead is a breathtaking experience. These grand birds can reach up to two feet in length and display a six-foot wingspan—a striking sight when silhouetted against a bright blue sky. While once scarce in the region, spotting these birds in Cook County is no longer a rare experience thanks to some repurposed electric poles and a little engineering.

Even with such remarkable proportions, ospreys were still vulnerable to the widespread use of DDT that began in the 1940s. The toxic effects of DDT and other pesticides resulted in many ospreys producing nonviable or infertile eggs, leading to a significant decline in osprey populations during the following decades.

Even after the EPA banned the agricultural use of DDT in the 1970s, osprey populations failed to fully recover. Osprey nests built in natural areas like trees were susceptible to predators and weather-related damage, and the nests that did endure yielded few surviving young. Human attempts to fortify the nests were generally ineffective.

In the late 1980s, an incidental fishing trip to northern Wisconsin changed everything. After seeing the Wisconsin Department of Natural Resources’ osprey nesting platforms in action, Forest Preserves staff studied other platforms in use around the country and began perfecting their own. The new design featured a 50-foot post with a predator guard, supporting a hefty 40-inch-wide platform—far more substantial than other designs and strong enough to hold an adult human.

ComEd donated electric poles and the platforms were constructed in-house by the Forest Preserves maintenance department. Forest Preserves wildlife experts picked locations throughout Cook County where the birds had consistently tried to nest but without much success.

And then the ospreys’ instincts took over.

Young ospreys born here will travel to the Gulf of Mexico, where they spend the first two to three years of their lives reaching maturity. Then the ospreys’ powerful instinct to return to the area of their birth compels them back to Cook County. And now, with favorable nesting habitats in place, the ospreys return each year to mate and reproduce successfully.

This year there are 12 active nests among the 15 platforms scattered throughout the county. Each of our active nests typically produces one to four fledglings per year, making the Forest Preserves urban osprey program the most successful of its kind in North America.

So next time you’re in a forest preserve, don’t forget to look up!