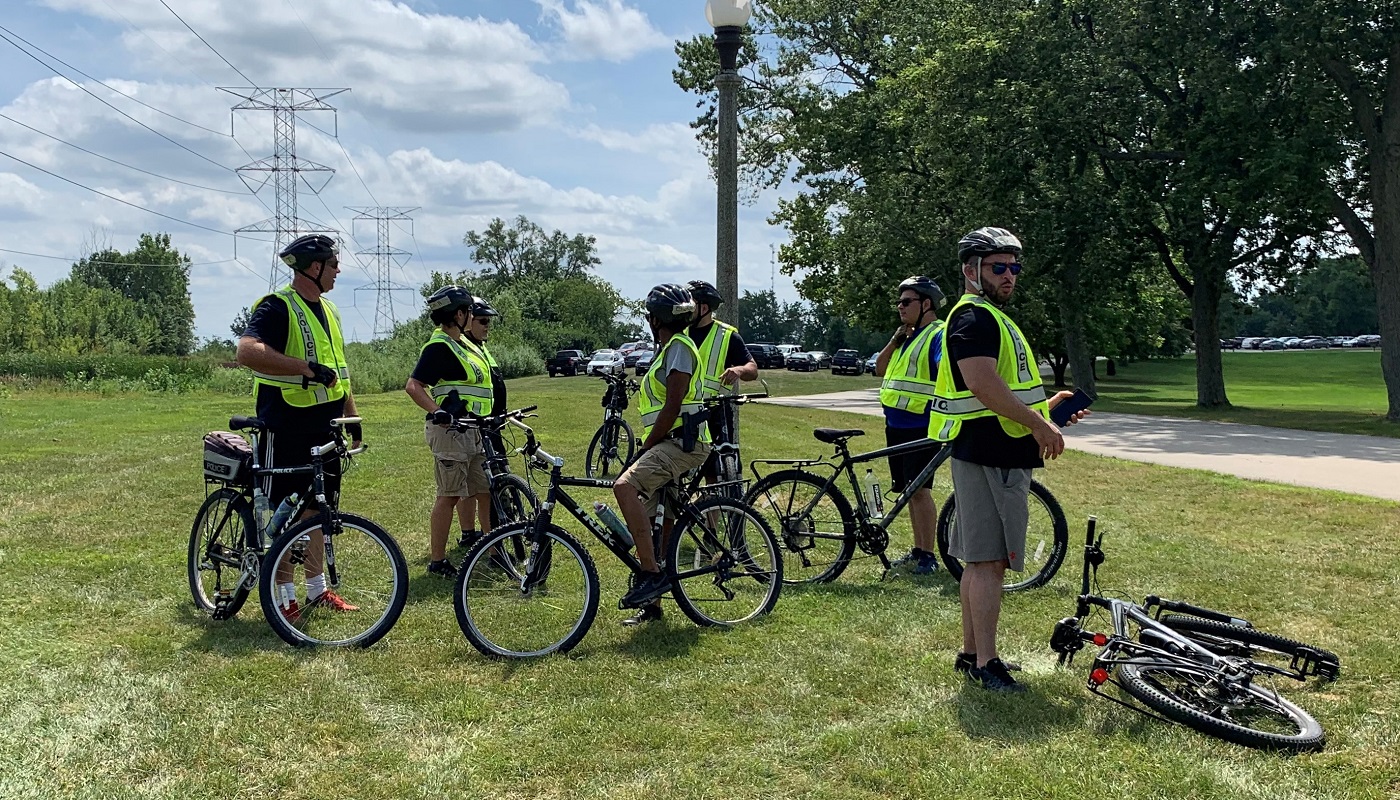 During the training, officers also completed numerous scenario-based training events and learned how to overcome the variety of physical obstacles officers could face while patrolling Forest Preserves property.

Approximately one third of the Forest Preserves police force is certified as bicycle patrol operators, enhancing the department’s ability to provide safety for Preserves visitors and to better protect the native flora and fauna in the diverse habitats of the preserves.