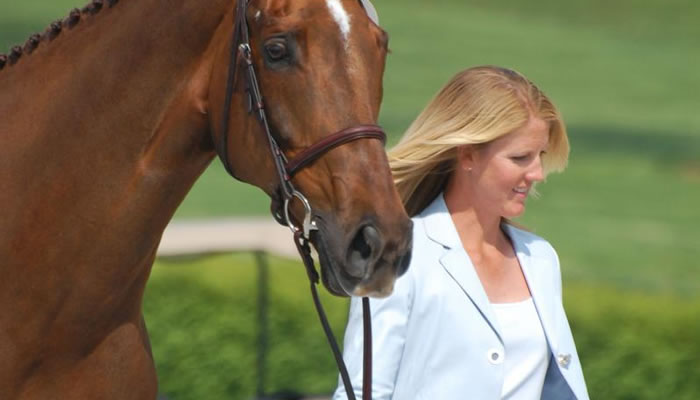 It’s official—the Forest Preserve District of Cook County offers an equestrian landscape rich enough to transform a thumb-sucking novice into a world-class athlete. Just ask Allison Springer, who served last week as an alternate on the USA equestrian team at the 2012 London Olympics, shortly after coming in second in the Rolex Kentucky Three-Day Event, the United States’ top annual competition.

When she was five, Barrington Hills native Springer struck a deal with her parents, William and Carolyn: after many other techniques for stopping her thumb-sucking had failed, she finally gave up the habit for a new pony named Marshmallow. At the time the family knew nothing about horses or riding. They had moved to Barrington Hills when Allison was two, and she immediately fell in love with the neighbors’ horses, which she fed carrots through a fence. Springer’s fascination with horses grew, so her parents encouraged her.

Another neighbor introduced young Allison to the Fox River Valley Pony Club, where she took lessons. Soon she and friends were riding all over nearby Spring Creek Forest Preserve, honing the skills that would make her an internationally top-ranked champion and master trainer. Back then she was just having fun. Before she knew it, she was riding in the forest preserves at least four days a week and regularly involved with the Fox River Valley Hunt and the Spring Creek Bassets as well as the Fox River Valley Pony Club. Springer and her family say they feel blessed to have grown up so close to Spring Creek. The private trails maintained by the Riding Club of Barrington Hills connect to the preserve trails, which allowed her to ride from home, even as a small child, and enjoy miles of safe and beautiful trails across a rolling landscape, returning home with stories of deer, coyotes, flowers and friends.

She’s also grateful for a very early leg up on her competition. “I always had a unique advantage in the cross-country phase of Three-Day Eventing, as I never had to be taught how a horse responded to different terrains at speed. This was something that riding in the forest preserve from a very young age taught me.”

A longtime member of the Spring Creek area equestrian community, Springer still finds time to give back and has donated time to conduct riding clinics and training at the Fox River Valley Pony Club where she got her start. The equestrian community near Spring Creek is known for the support it offers young riders, the care it gives to its trails, and even the extent to which it has worked with the Forest Preserve District and other conservation partners to help restore native habitats in the preserve. Springer echoed her community’s affinity for the preserves. “The Forest Preserve system has taught me to be a lover of the land and nature,” she said, “and as I watch the urban sprawl take over much of the beautiful riding land in Virginia where I now live I realize more and more how important the Forest Preserve system is to equestrians in Illinois.”

Although Allison Springer is disappointed to have narrowly missed being one of the five riders who represented the United States last week in London, she kept focused and ready for her role as an alternate. She and her horse, Arthur, will be staying in top form, ever hopeful for the chance to represent their country in another four years.

To learn more about horse-riding in the Forest Preserves, visit our Equestrian Page.