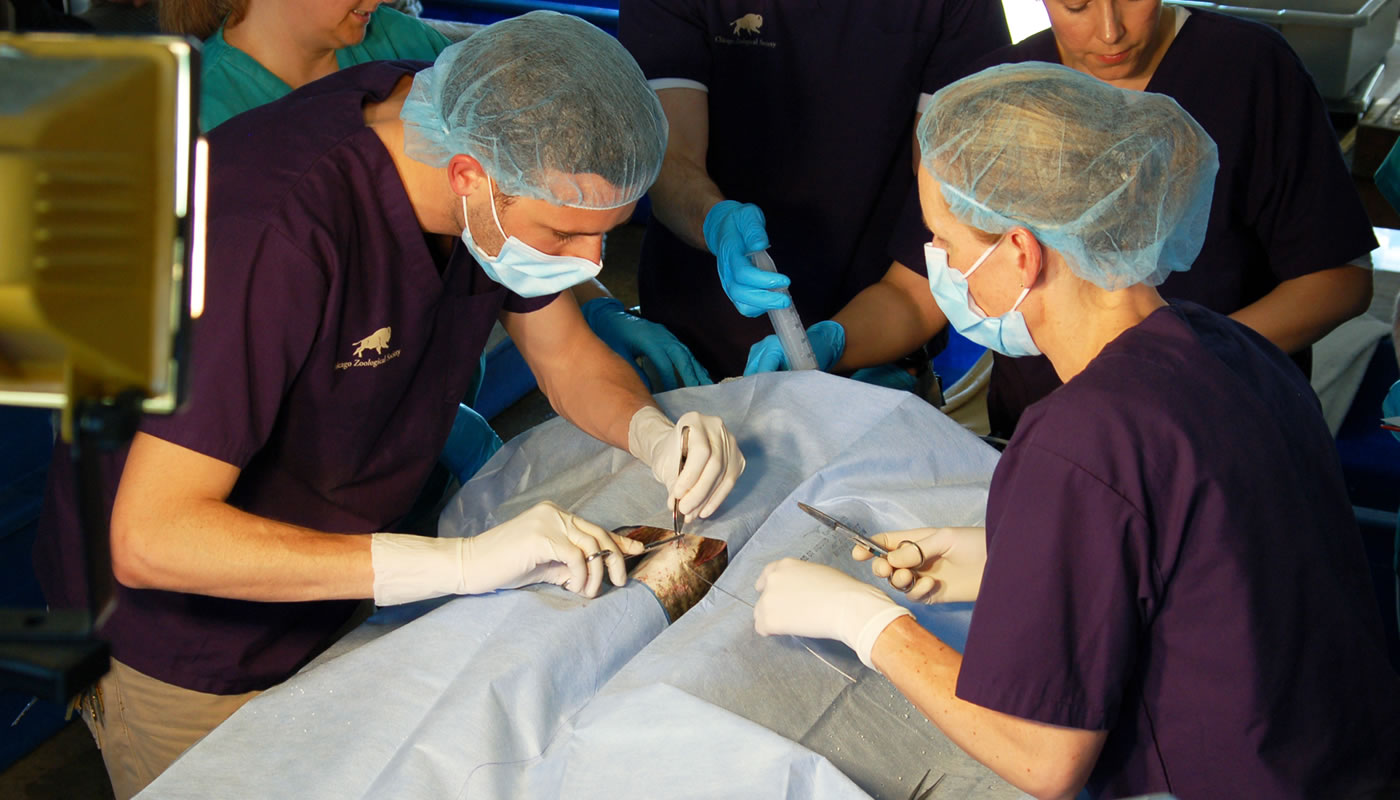 Fish and chips often show up on restaurant menus together, but this pairing also works well for Forest Preserves biologists interested in the lives of our local fish.

In May, six fish from the Busse Reservoir in Elk Grove Village were surgically implanted with radio transmitter chips so biologists can better understand their movements and habitat usage. Staff from the Forest Preserves’ Wildlife and Fisheries sections and veterinary staff of the Chicago Zoological Society (CZS) worked together to perform the surgical procedure on the fish—four muskies, a walleye and a largemouth bass—at McGinnis Field Station in Orland Park.

This ongoing research is critical to determining if forest preserve waterbodies are providing adequate habitat for resident fish. “As the bodies of water at the Forest Preserves are man-made lakes, understanding how the fish use their habitats is valuable information that will help us improve their conditions and ensure their vitality in Cook County,” said Chris Anchor, senior wildlife biologist for the Forest Preserves.

The entire process takes up to an hour, as the fish are evaluated for overall health, anesthetized in a holding tank with dissolved anesthesia powder, weighed, measured and sexed. The surgery takes about 15 minutes—enough time for CZS veterinarians to carefully implant the transmitter in the abdominal cavity beneath the muscle layer, and then suture the incision. Depending on the size of the fish, the transmitter can be as small as a pencil eraser or as large as human thumb.

Immediately following surgery CZS staff takes blood samples, while Forest Preserves staff tag each fish with an ID number and “Do Not Consume” tag (to alert anyone who might catch them). The fish spend about three weeks in a holding tank recovering, then are released back into Busse Reservoir where they will be studied for roughly a year and half—the standard life of the transmitter’s battery.

This research began as a way to detect movements and spawning habits of walleye. Fish eggs are still collected each year and reared at the Forest Preserves’ hatchery, but now additional data is gathered to gain a broader understanding of how various species of fish use the bodies of water, study predator-prey interactions and identify trends and changes over time.