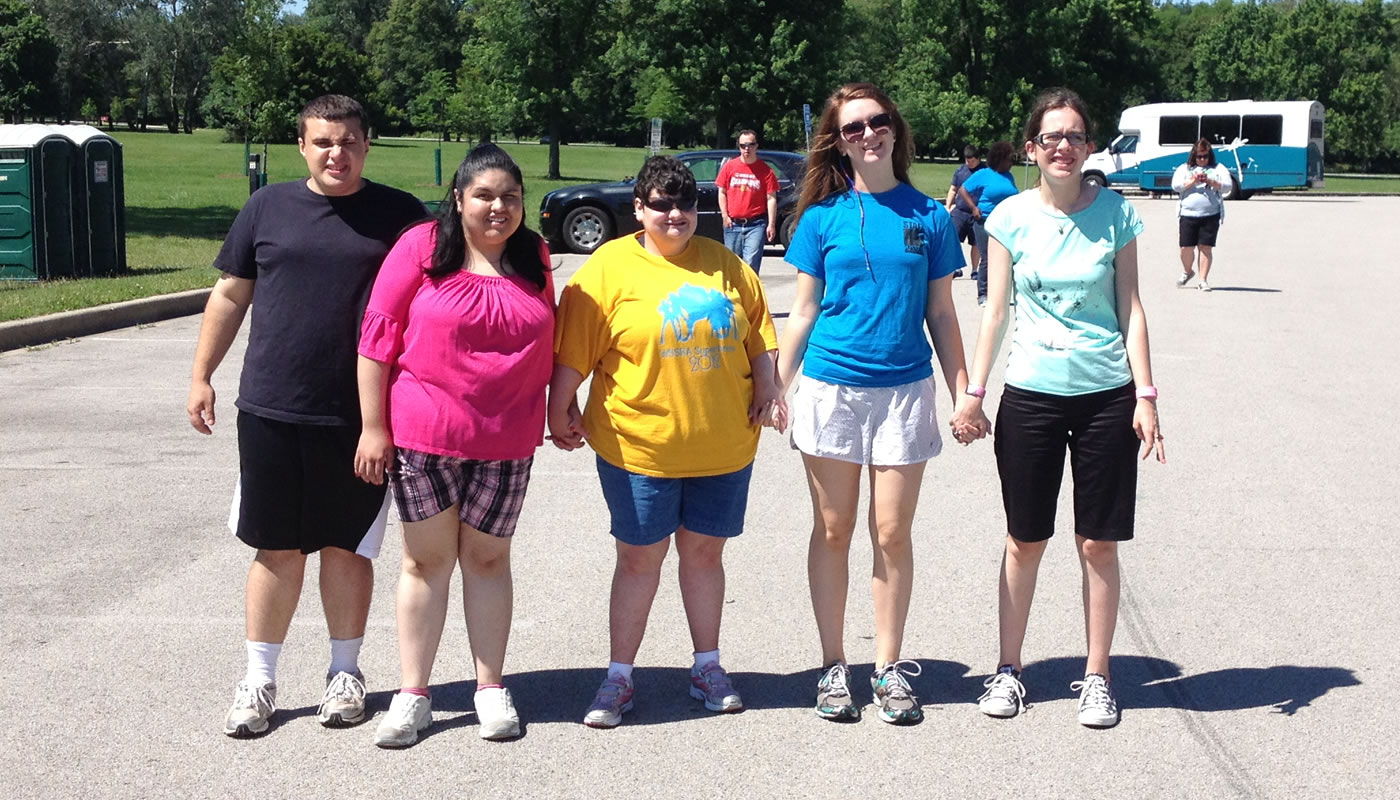 The Community Cruisers ventured out to collect litter, but they came back with stories of encounters with hawks, deer and either interesting or frightening bugs—depending on whom you asked.

The Cruisers are a group of young adults, aged 22-30, with all types of disabilities. The group is organized by the West Suburban Special Recreation Association (WSSRA), a collaboration of nine park districts and two villages who work together to serve the recreational needs of their residents who have disabilities.

“The Litter Obliterators Program was the perfect fit for our group because it allowed us to explore the Forest Preserves in our area while keeping them healthy,” says program manager Dawn Krawiec. “We were looking to increase our participants’ independence, encourage them to make a positive impact in our communities and strengthen their social skills by exploring new leisure activities.”

Over three weeks, the group traveled to three local preserves, spending the morning picking up litter, breaking for a picnic lunch, then exploring the trails in the afternoon. “Cleaning up litter is not something our participants are used to,” said supervisor Maria Ramirez. “We talked about why we clean up trash that’s been thrown on the floor. They understood why we do what we do. It’s harmful to animals as well as people.”

The Forest Preserve trips helped the group practice several skills, including—perhaps surprisingly—multitasking. “One of my goals was to expose them to more than the everyday old things,” says Ramirez. “Part of it is just to keep your eyes open, notice what’s out there. Obviously we’re there to clean up, but we’re looking at nature while doing it. It was difficult for some of our participants to do that, to do those different tasks.” In some cases, supervisors were able to help participants limit sensory input by focusing them on one square foot of ground and asking them, “Do you see trash? What about there?”

Of course, a big part of the excursions was about opening the senses. On their Thatcher Woods adventure, the group saw hawks soaring overhead, then were able to view the resident red-tailed hawk at nearby Trailside Museum, sitting just feet away. “We also saw a deer in the middle of the day, prancing through the woods,” says Ramirez. “They were all excited about that. Then there were the girls and the bugs. Some of them ran because they don’t like bugs, and others were like, ‘ooh.’”

“I liked the fact that we helped out the environment,” says participant Nick Connor. “It’s not something I would have thought to do on my own.”

The group is likely, say organizers, to return to the preserves to volunteer another day.