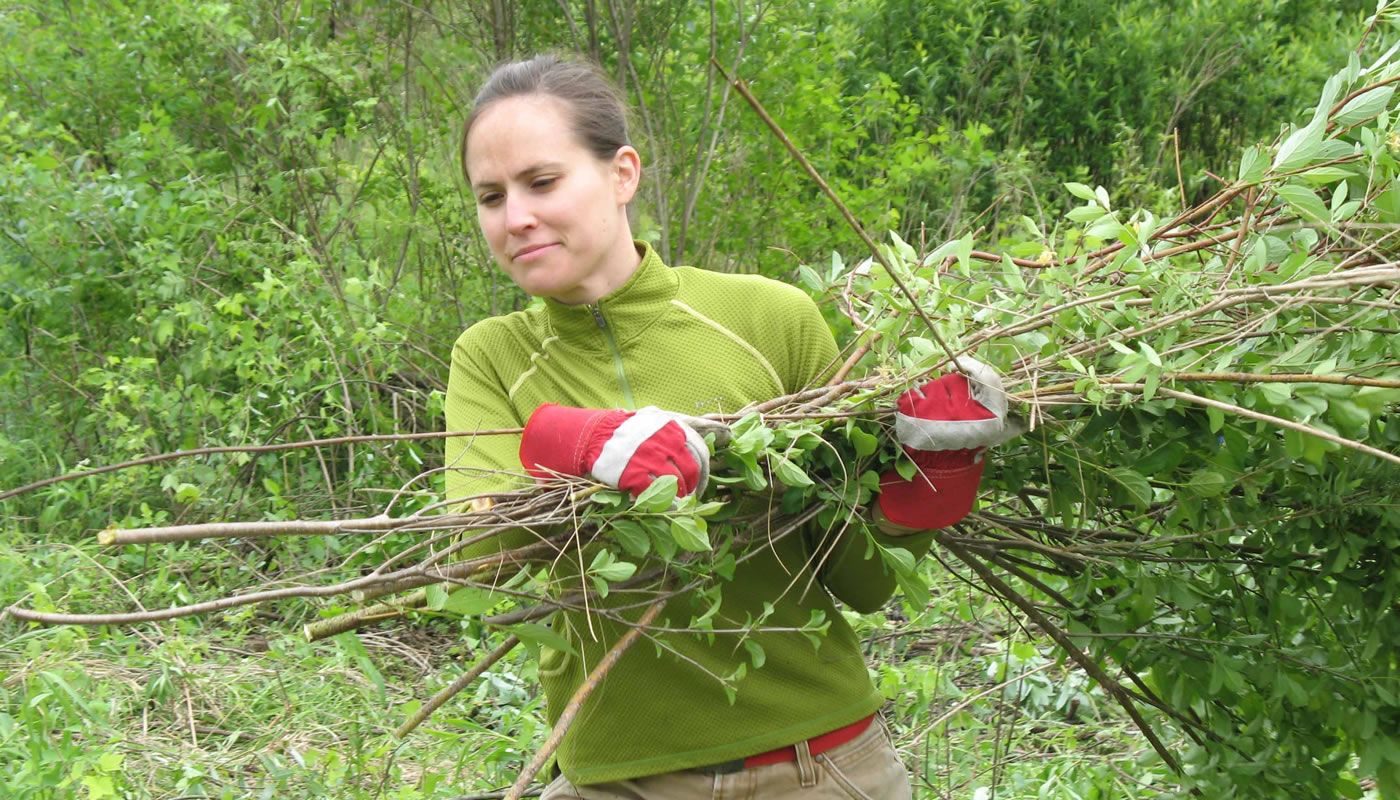 Jonathan Schlesinger knew he was on to something when he met one of the leaders of Habitat 2030 at a habitat restoration gathering back in 2009. “I was hooked right away,” he says.  “For the first time in my life, I felt like I had finally found ‘my’ group.”

Schlesinger soon found himself doing everything from seed collecting to brush cutting to pulling garlic mustard in preserves such as Somme Prairie Grove and Harms Woods. He also went to events such as botany and birding hikes, tree ID workshops and canoe outings.

As Schlesinger describes it, Habitat 2030 is a volunteer-run group of Millennials and Generation X’ers “working to build a culture of 20- and 30-somethings who will understand and care about our natural areas long into the future.” The group has attracted hundreds of new volunteers to workdays and other events.

A trio of young forest preserve volunteers founded the group back in April 2004. They loved getting their hands dirty doing habitat restoration but saw few of their own peers at workdays. Yet they suspected others their own age would also find this work fulfilling and fun. It just required a few adjustments to standard workday formula.

“We know that many young people like to stay out late, and sleep in the next day,” says Schlesinger, “so we typically start in early afternoon. We integrate learning experiences, recreation and exploration into our events and always end our gatherings with food and socializing, often around the brushpile fire. It’s always fun to break bread with the people you’ve been working with.”

Nine years after it began, Habitat 2030 is entering version 2.0. Schlesinger, a middle school teaching assistant, is now at the center of a younger and more digitally oriented team running the group. With Daniel Suarez, a Plants of Concern coordinator at the Chicago Botanic Garden, and Cassi Saari, an ecological consultant, they are working to take the group to the next level.

“We communicate with each other differently,” says Suarez, citing the group’s extensive use of social media such as Facebook and meetup.com, as well as “traditional” media, such as a website and e-mail. Saari recently organized a digital “bioblitz” at Bunker Hill Forest Preserve, using the website inaturalist.org.

Although the group does venture beyond the Forest Preserves of Cook County (they’ll head to Illinois Beach State Park in Zion for the group’s first-ever camping and habitat restoration adventure on October 11), the majority of its workdays happen in the forest preserves, often close to or within Chicago city limits. The group has worked everywhere from Spring Lake Forest Preserve in Barrington to Powderhorn Prairie, near Indiana. Many events take place at sites along the North Branch of the Chicago River. Leaders coordinate with site stewards to plan specific projects that will benefit local ecosystems.

Indeed, some of the group’s mentors are the site stewards of the North Branch Restoration

Project, who pioneered restoration efforts on these sites more than 30 years ago. “We know we’re standing on the shoulders of giants,” says Suarez. “We want to do them proud, and make sure all the blood, sweat and tears that has gone into their work is continued.”

“The preserves are everything to me,” says Suarez. “I feel at home in them. They make me feel like I’m a part of something bigger than myself. Yet they won’t survive without our help. Humans and these ecosystems have evolved together for thousands of years. We can’t simply leave them alone and hope that they’ll survive.”