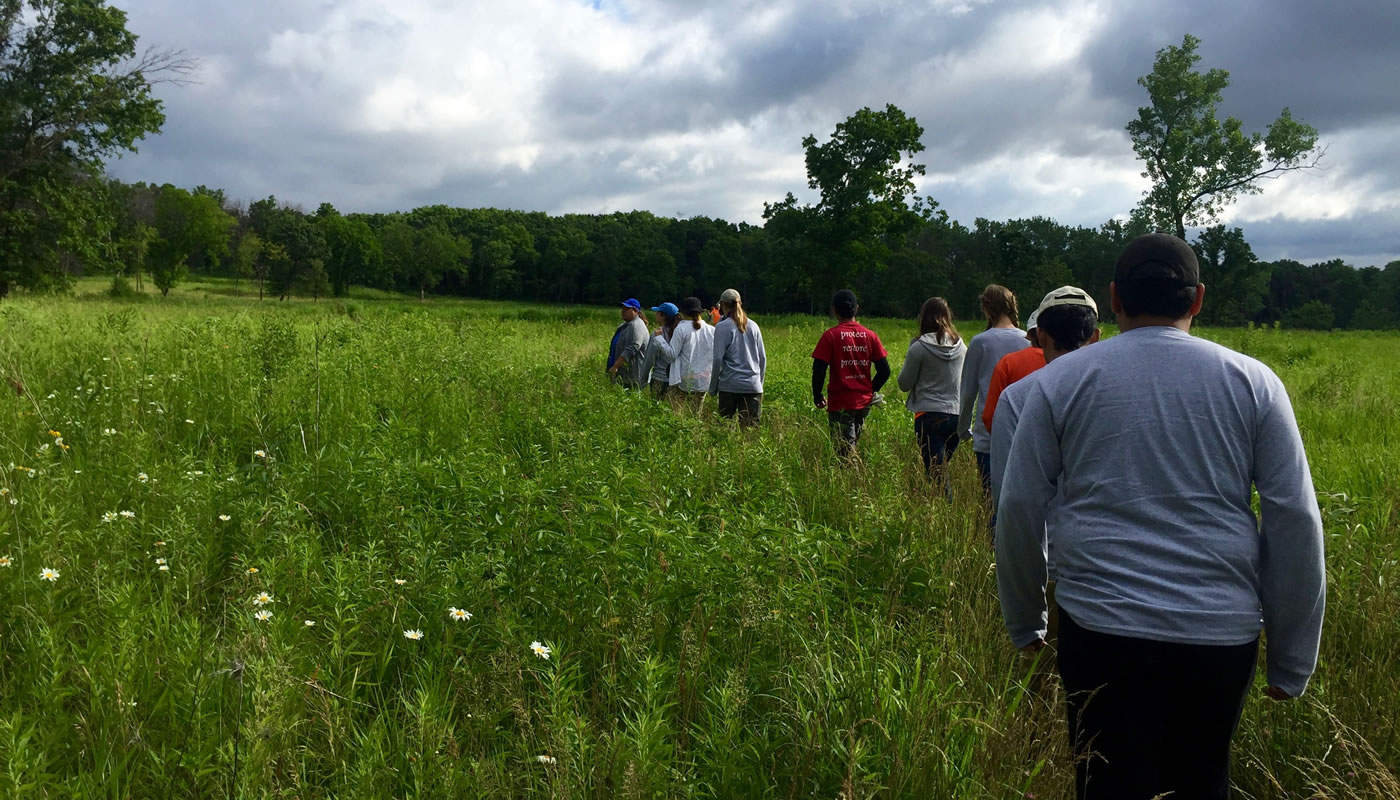 We’ve all heard the old adage, “An apple a day keeps the doctor away.” A new study held in the Forest Preserves of Cook County shows that similar to a diet rich in fruits, walking in forested areas can provide both mental and physical health benefits.

Dr. Teresa H. Horton, an associate professor of research at Northwestern University’s Department of Anthropology, led a team of researchers who learned that walks along forested paths can have a variety of benefits, including improvement of one’s mood and sense of connectedness to nature, as well as a reduction in blood glucose levels.

For the study, “Walking Green: Developing an Evidence-base for Nature Prescriptions in the Forest Preserves of Cook County,” Dr. Horton’s team had a diverse group of participants take three 50-minute walks along a suburban sidewalk (in this study, along Old Orchard Road in Skokie) and three 50-minute walks along a forest trail (Harms Woods along the North Branch Trail), with all six walks occurring during a two-week period. Participants underwent regular health assessments that checked different measurements including blood pressure, heart rate variation, cortisol, fasting blood glucose, as well as a variety of psychological scales.

Part of this result may be attributed to the fact that participants felt less stress and anxiety while walking in greener areas. According to Dr. Horton, researchers believe one of the pathways to diabetes is the biological effects of that psychological state on blood glucose levels.

“[We hope doctors take away] the importance of being able to reduce stress in our lives. Spending time outdoors in a forest preserve can help reduce that stress, and that can help prevent people from developing type 2 diabetes,” Dr. Horton says.  “If we can reverse people’s pre-diabetes and move them back into the healthy zone, we can potentially reduce the amount of medication people have to take and also reduce their risk for longer term health problems associated with diabetes in the future.”

Next steps include conducting a longer term study observing participants diagnosed with pre-diabetes to determine if spending time in nature is an effective therapy for reducing blood glucose and whether the effects of walking in nature on glucose are mediated by a reduction in anxiety and perceived stress.

Interested in learning more? Read the technical report for the Walking Green study.