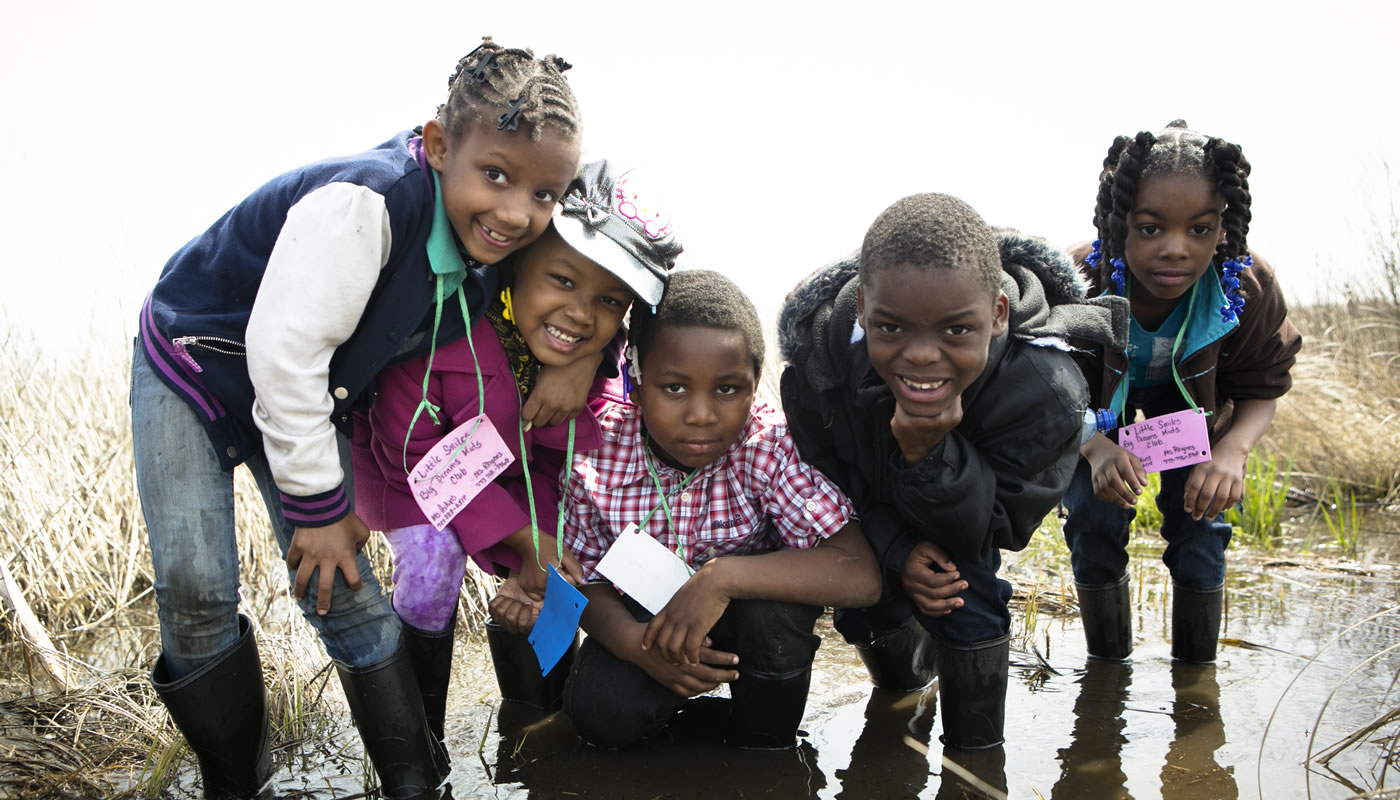 Nita Marchant gets animated when she describes the first Wild Indigo outing, at Bartel Grassland in Matteson: “We had almost 70 people—youth and adults. We really connected with the earth by walking through the wetlands, looking at habitat, learning to ID different species. It was like watching a movie with the children—their eyes were wide open, like going to a place they’ve never been before, a wonderland. They were in awe, and they were having fun, too.”

Marchant is one of three outreach fellows guiding the work of Wild Indigo Nature Explorations, a new group that launched in March to promote “healthy bodies, healthy communities and a healthy planet through free outdoor field trips and activities” across the Calumet region in southeast Cook County.

Wild Indigo’s ambitious and rather poetic goals embrace both natural and cultural realms:

“The driving force behind the concept begins with the forest preserves that are in the community itself,” says Marchant. “If you connect with the forests and get outdoors, you’ll be able to experience healthy activities. It’s about getting away from the city, the television, the internet and texting and recreating a sense of family and community. We’re taking care of the community, starting with the forests.”

That outreach to urban communities, and especially communities of color, is at the center of Wild Indigo’s mission. “Historically, communities of color have not been engaged in outdoor conservation and stewardship work,” says Marchant. “Now we’re asking the community to help mold and shape the activities that would be interesting to them.”

Wild Indigo is connecting with women’s groups, men’s groups, youth groups, community and church organizations— people who are already engaged in indoor activities but that might welcome the opportunity to step outdoors. “Right now we’re reaching out to veterans to create an experience that would be of special interest to them,” says Marchant.

The Wild Indigo Indoor Kick-off Event officially launched the group in March. Located in the historic Bronzeville Black Metropolis community, it was designed as an information session for the community and included conservation exhibitors such as Audubon, the Forest Preserve District of Cook County, Eden Place, Illinois Department of Natural Resources, Calumet Stewardship Initiative, Greencorps and Fishin’ Buddies. The event at Bartel Grassland followed, featuring nature walks and birdwatching with noted safari birder guide Paul Gitau. Wild Indigo also has visited the historic recreated cabins at Sand Ridge Nature Center “to discuss [African-American first resident of Chicago] Jean Baptiste DuSable, and what he experienced,” and participated in the Nature Block Party at Eggers Woods this May as the official bird walk safari guide.

Generously funded by the US Fish and Wildlife Service, Wild Indigo is the result of a partnership between the Forest Preserve District of Cook County, Audubon Chicago Region and Eden Place Nature Center to connect residents to habitat restoration work going on in Calumet preserves. The program will continue officially for two years, but the goal is for it to benefit the community long after that. “We want to establish anchors in the community that will continue to promote healthy outdoor living and stewardship of the forest preserves,” Marchant says. “When we’re out there on a tour or doing restoration work, hopefully that same energy will flow back into the home and the community at large. We’re really working on things that make life more meaningful and rich.”