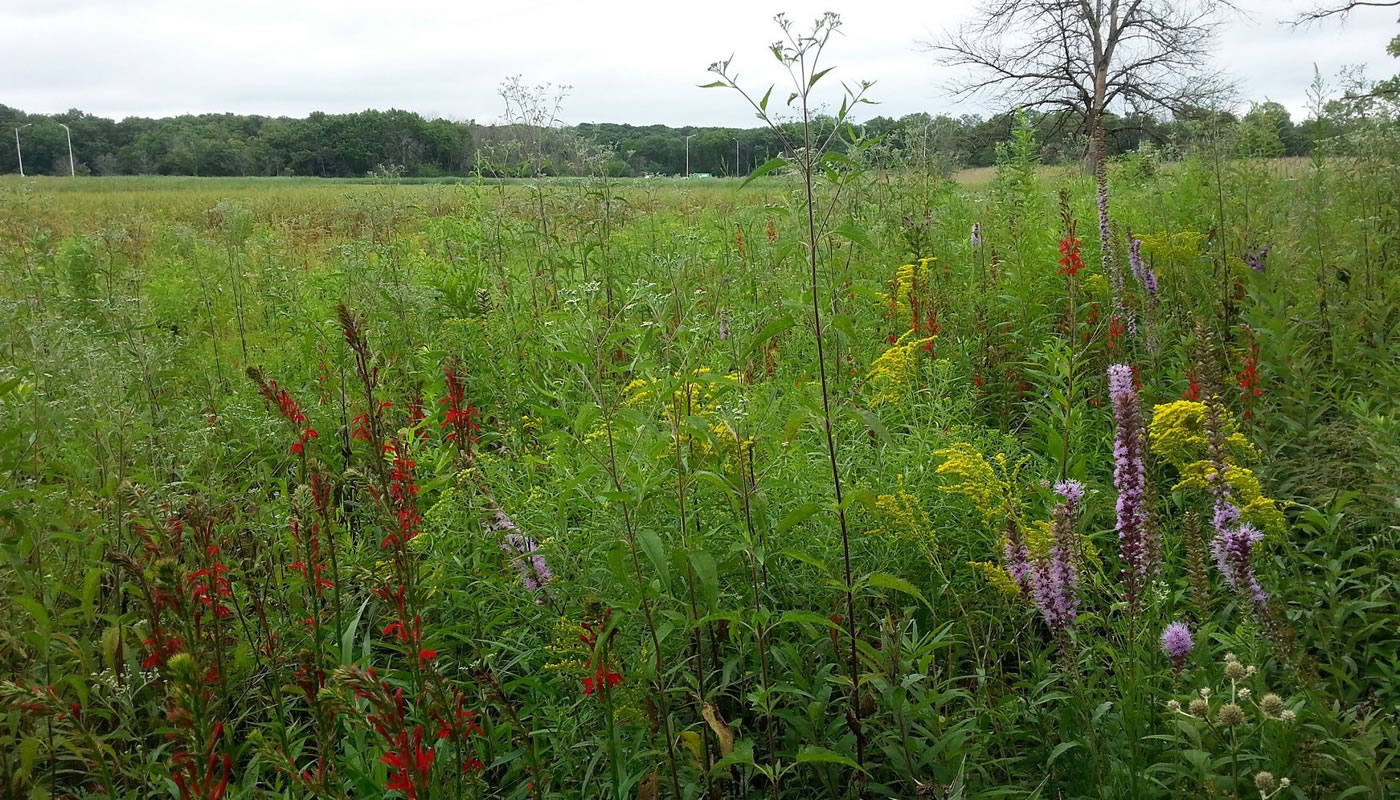 If you visited Cranberry Slough in 2016, you undoubtedly noticed some big changes. A stroll down Old Country Lane, the main north-south trail, reveals a rolling landscape previously hidden by invasive brush. Some areas are almost unrecognizable—in a good way.

These changes are part of a large-scale contract restoration project that builds on more than 35 years of dedicated volunteer stewardship and staff support.

So far, contractors have removed 95 acres of invasive shrubs, mostly by winter mowing with a tracked vehicle. Hundreds of nonnative black locust trees are gone. Dozens of acres were combed for reed canary grass and brush seedlings. Suddenly there is much more open habitat to roam.

About 40 percent funded so far, the project aims to remove invasive species from all 570 acres of Cranberry Slough, the centerpiece of a 1,200-acre managed complex of woodland, savanna and prairie dotted with wetlands. The complex includes Spears Woods, Willow Springs Woods, Pioneer Woods and McMahon Woods and Fen Nature Preserve.

This work springs from the 2014 Next Century Conservation Plan, which calls for restoring 30,000 acres by 2040, and the 2015 Natural and Cultural Resources Master Plan, which identified ecological priorities. Following plan recommendations, the Forest Preserves and its partners recently began large restoration projects at four high-priority sites, all of them Illinois Nature Preserves: Deer Grove West, Busse Woods, Thornton-Lansing Road and Cranberry Slough.

Cranberry Slough has long been recognized as an important site. In 1946, Forest Preserve naturalists noted its significance as home to one of the few remaining bogs in northern Illinois. The site was dedicated as the fifth Illinois Nature Preserve in January 1965. Although the namesake large cranberry has not been found in recent decades, Cranberry Slough has retained much of its pre-settlement character. More than 250 native plant species occur at the site, and uncommon birds such as red-headed woodpeckers and sandhill cranes are frequently observed.

A project of this magnitude brings many challenges. The site requires the enduring care of stewards removing invasive species, conducting prescribed burns and monitoring changes. Fortunately, Cranberry Slough has support from a growing community that recognizes that each of us can have a big impact.

Volunteers largely stood down over the winter while the contractor was on the site. They did hold one winter workday, though, to take advantage of a donated professional sawyer crew from Atrium Landscape, whose owner, Kathy Bruch, is a dedicated Palos Restoration Project volunteer. The crew and volunteers thinned trees in a savanna area of the site—desperately needed work that is expensive and time-consuming.

Now volunteers have begun to get back on the site in earnest. Starting with the next workday on September 3, volunteers will be removing invasive brush on the edge of a great swath of sedge meadow, marsh and wet prairie swale. It is some of the most picturesque land in Cook County! If you’re interested in helping out, check the volunteer calendar for details.