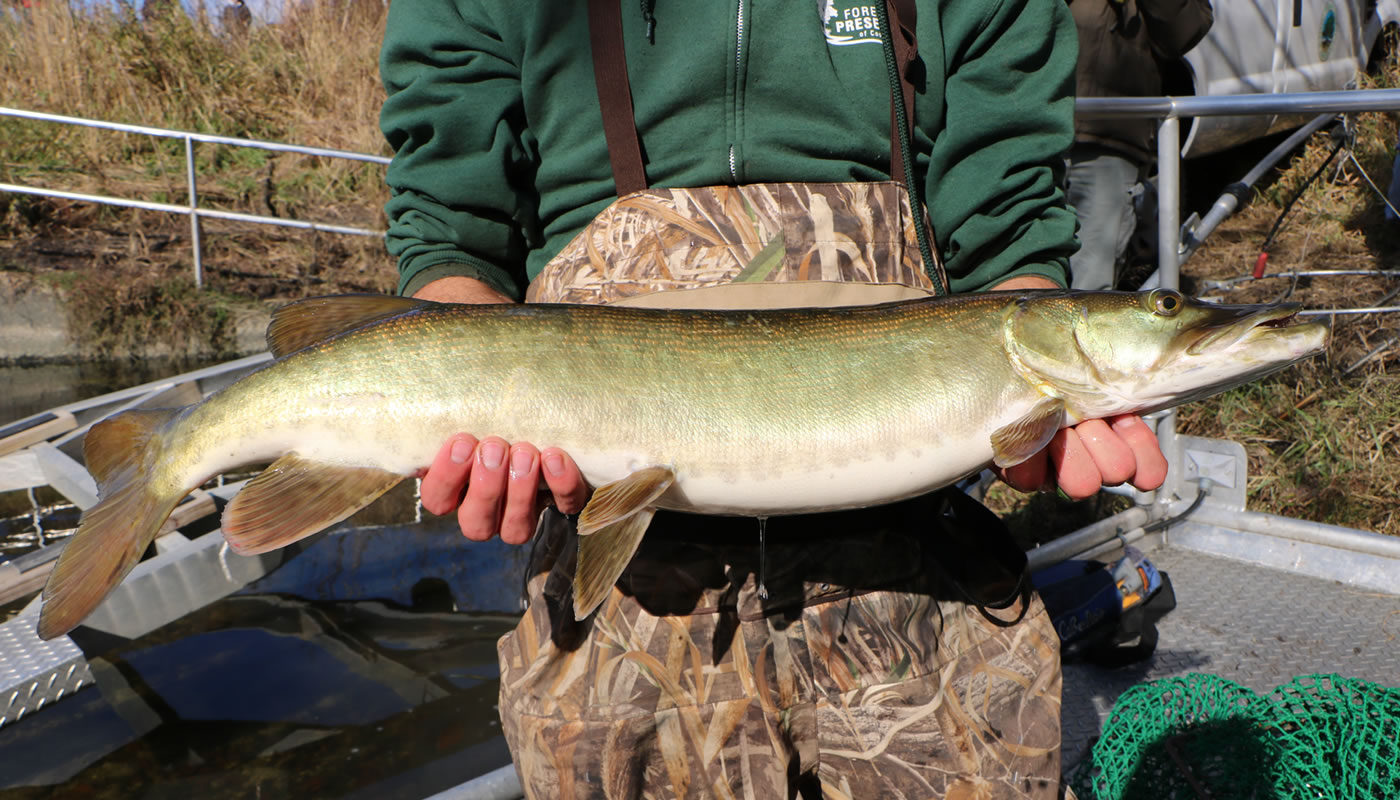 Twice a year, Forest Preserves Wildlife and Fisheries staff and partners from the Illinois Department of Natural Resources and U.S. Department of Agriculture use electrofishing to catch muskellunge—better known as muskie—and other game fish that escape over the main dam at Busse Reservoir.

Electrofishing uses direct current electricity to attract and temporarily immobilize fish in the area. For the semi-annual Muskie Salvage, an electrofisher is mounted to the front of a Forest Preserves boat.

When the electrofisher is activated, nearby fish float to the surface and staff use nets to transfer the muskie, walleye and other large game fish into a holding tank on the boat. The fish are unharmed by this temporary immobilization and quickly return to normal.

Each time an electrofishing crew returns to shore, staff move the fish into a holding tank trailer, which is eventually hauled to another part of Busse Reservoir’s Main Pool.

Once released, the unharmed fish go back to life as normal—hopefully having learned not to go over the dam.

And… we want you to catch them! The Forest Preserves and Illinois Department of Natural Resources stock Busse Reservoir and approximately 22 other Forest Preserves waterbodies with at least six species of game fish each year. In 2018, we stocked 622,473 fish in recreational fishing lakes. We want to ensure these fish are available for recreational anglers to catch when they visit.

Learn more about our fish stocking and surveys on our Fishing Page.