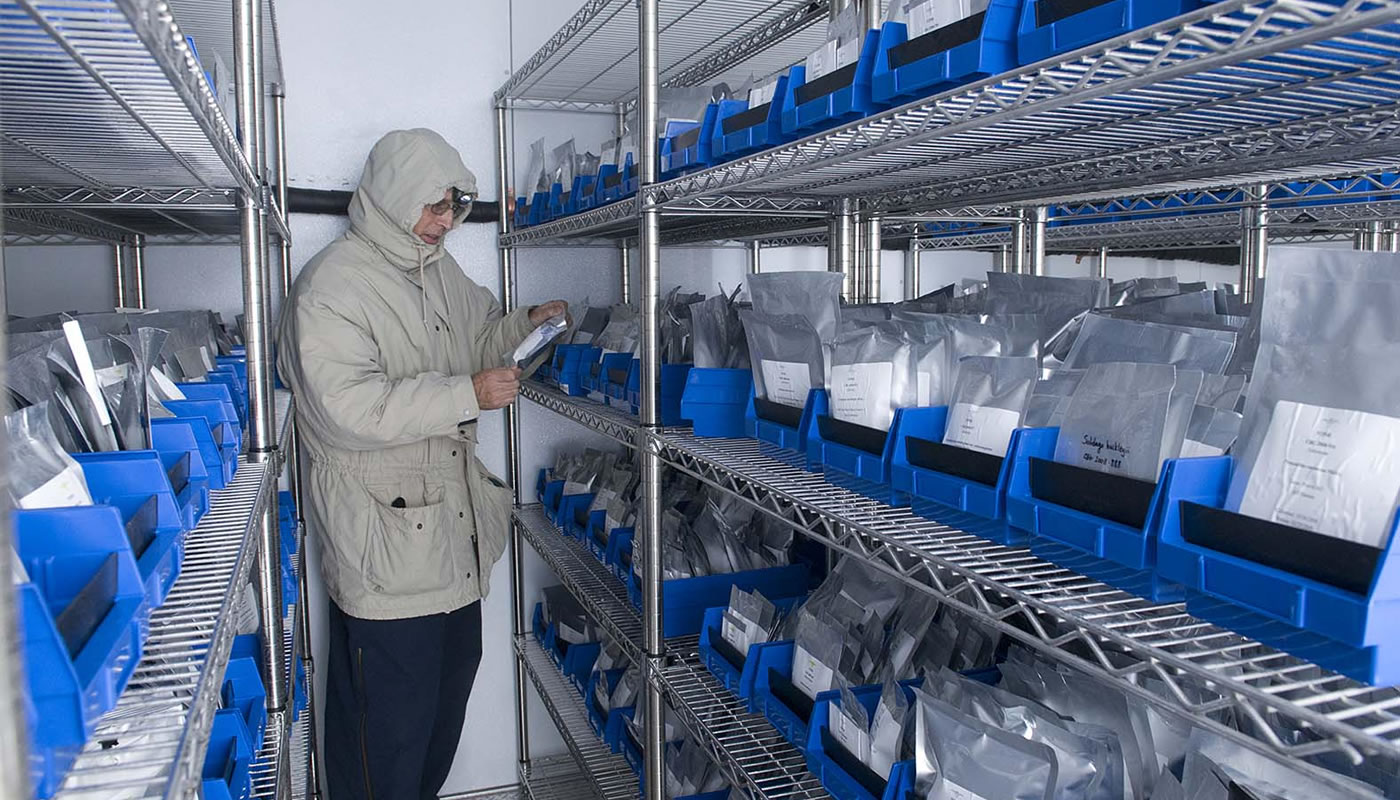 The Forest Preserve District of Cook County is part of one of twelve tallgrass prairie ecological regions the seed bank is interested in.  The aim of banking seeds is to conserve species that are facing natural and industrial threats to their native habitats. The seeds are preserved in conditions allowing for their viability far beyond their normal lifespan—on average banked seeds will remain viable for over 200 years. They are used for research, and when necessary, made available as a source for current and on-going restoration efforts in the Forest Preserve District and elsewhere. With a goal of collecting an average of 10,000 seeds from 1,500 native species, there is no way Garden staff can tackle the task alone. That’s where key volunteers all over the tallgrass prairie region step in.

John and Jane Balaban, long-time volunteer stewards at the North Branch Restoration Project, work closely with the seed bank to collect and deliver seeds from several sites in the Forest Preserve District of Cook County. As a rule, the collection of seeds, plants and wildlife in the Forest Preserve is strictly prohibited; however, the Balabans were granted limited special license and worked under both specific Forest Preserve District guidelines and the Millennium Seed Bank protocol (an internationally approved seed collecting standard first established by England’s Royal Botanic Gardens, Kew).

Of the identified native species in the tallgrass prairie region, the seed bank has selected a target list of 544 that are important for restoration, including things like wild quinine and several types of blazing star.

The species on the target list all have been given medium to high coefficient of conservatism values—meaning that they exist in natural states in areas where the original habitat has not been significantly degraded,  and that if used in restoration, are likely to recreate a good to high quality habitat. Still, great care is taken to ensure that collecting does not diminish the existing habitats. While anywhere between 3,000 to 20,000 seeds are collected for each species, that number is never more that 20% of the mature seeds available. While the Millennium Seed Bank protocol calls for two herbarium specimens, the Forest Preserves District regulates this to the top portion of a plant only. Plants are never uprooted for the purpose of collection. DNA samples are limited to one leaf and detailed data sheets are always completed, noting GPS location of the collection, associated species in the habitat, other important environmental data and detailed photos. And only one collection per species is done within the same type of habitat within our region.

All in all, collecting seeds for the Chicago Botanic Garden seed bank in Cook County is far more than a hobby, and  another example of the important conservation work done by our dedicated volunteers.