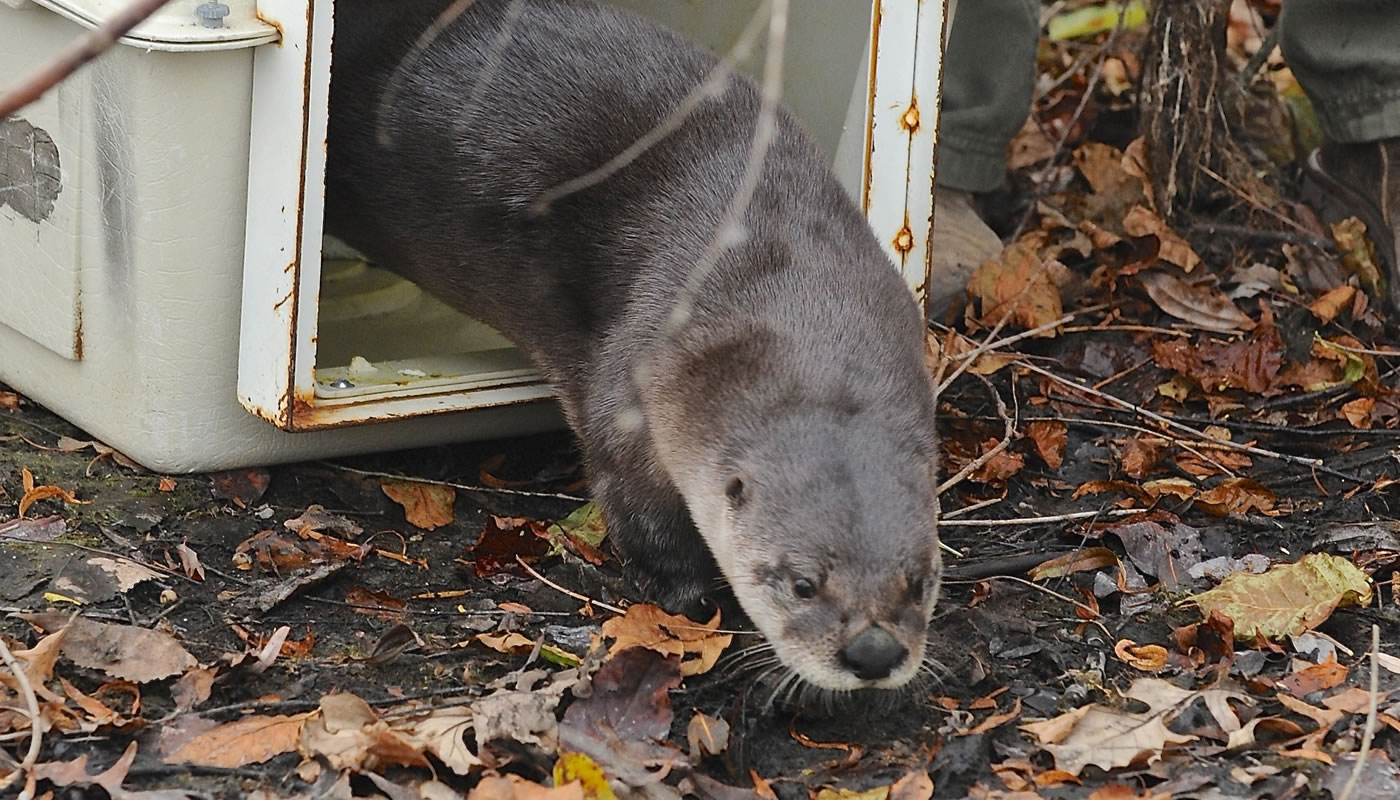 A century after extirpation from the State of Illinois and decades after reintroduction, an urban North American river otter has found its way into the southern region of the Forest Preserves of Cook County, calling an isolated pond within the preserves home.

After tracking the otter, wildlife biologists with the Forest Preserves were able to catch the animal. The Forest Preserves and the Chicago Zoological Society (CZS), which operates Brookfield Zoo, have since collaborated to study the otter’s behavior.

CZS veterinarians surgically implanted a transmitter in the otter, allowing wildlife biologists to better track how the animal moves and learn how far the otter travels from its home base, while hopefully leading researchers to other otters in the area.

According to Chris Anchor, senior wildlife biologist with the Forest Preserves, river otters are an apex predator in local wetlands, and rely on the health of the entire wetland ecosystem to survive. By understanding river otters’ habits, researchers will be able to better identify where habitat restoration efforts may benefit river otters most.

Within the implanted transmitter is a coiled antennae that emits signals. Using a directional antennae to pick up the signals, a process called triangulation, researchers are able to locate the otter to better study the animal and its habits, habitats and travel routes.

Check out this video blog by our friends at Chicago Zoological Society for more on the return of North American river otters, and the partnership between the CZS and the Forest Preserves.