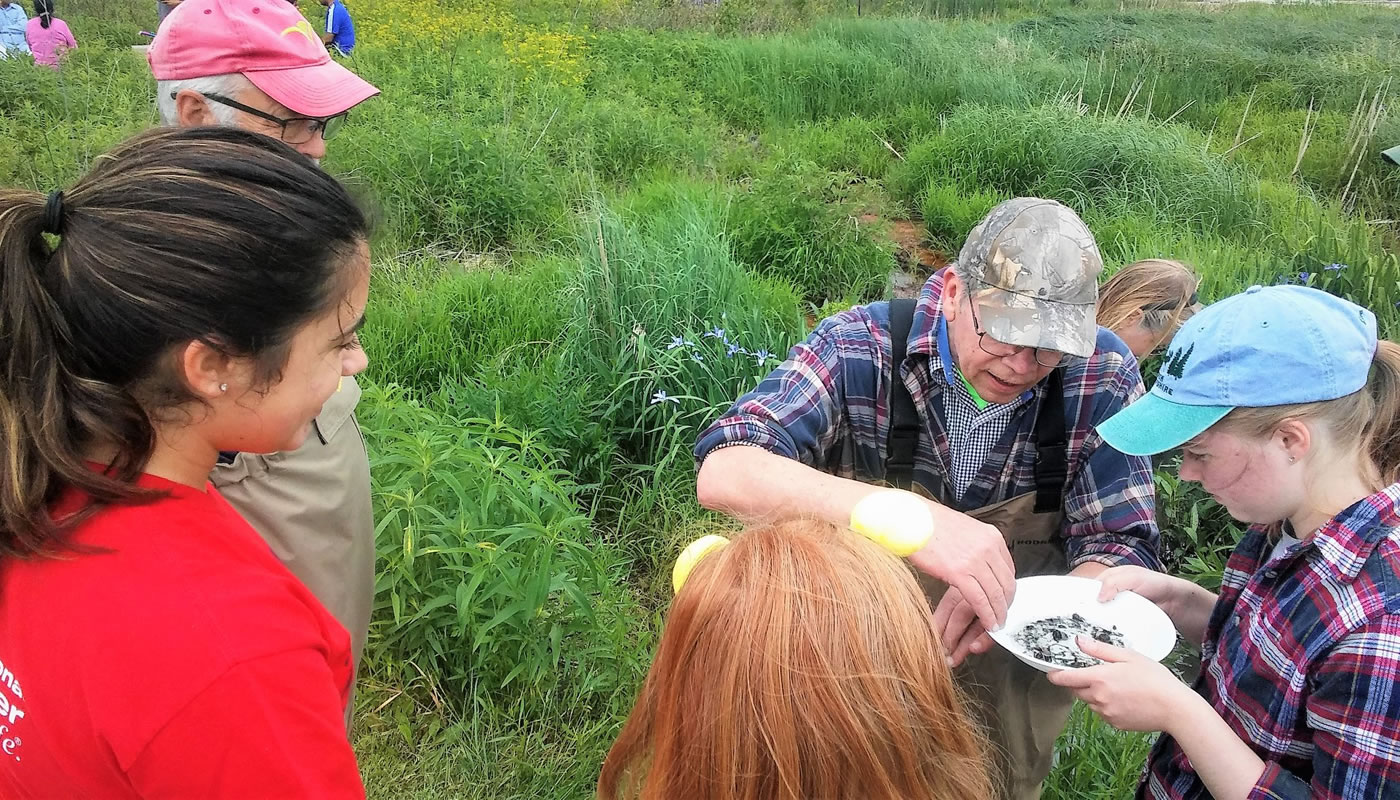 As the Forest Preserves of Cook County’s first land acquisition back in 1916, Deer Grove is significant for numerous reasons. To some, it marks a momentous step in the FPCC’s efforts to succeed in their mission of acquiring, restoring and managing lands for the purpose of protecting and preserving public open space. To Deer Grove West volunteers, the acquisition has enabled them to contribute countless hours and many years of dedicated service, adding value to the preserve.

This year marks the 20th anniversary of the Deer Grove West volunteer group, an organization whose goal is to restore the natural communities of Deer Grove West to pre-European settlement conditions, and to enable them to support the native plant and animal communities historically found at Deer Grove. The group has seen many accomplishments during their time, including restoring approximately 70 acres of land, growing as an organization, and having volunteers become more knowledgeable in the work they’re doing.

Moving forward, the Deer Grove West volunteer group is uniting with Friends of Deer Grove East, which was created in 2010 and designed to complement the contractor work that took place at Deer Grove East as part of a massive restoration project. The two combined groups will collectively be known as Deer Grove Natural Area Volunteers.

Working toward the future of Deer Grove

This winter, the FPCC, along with Openlands, will oversee an estimated 240-acre O’Hare Modernization Mitigation Account restoration project at Deer Grove West, extending the work that has already been done at Deer Grove East. John McCabe, the FPCC director of resource management, said the project will include brush clearing and tree removal work, which will increase light levels on the ground in order to facilitate restoration of the specific areas within the project zone, and allow for improved oak regeneration and growth of other native plant species.

“To be able to have that kind of resource power coming in and doing that much work, that’ll give us a big boost. Then we can fill in with some of the work that’ll come after the contractors are done,” said Pete Jackson, a site steward from Deer Grove West. Jackson explained that 240 acres is approximately one fourth of the entire Deer Grove West area.

“Volunteers can clear five to seven acres in a year, but if you combine the work of contractors, the Forest Preserves and volunteers, there really is this good kind of synergy there,” explained Mark Krivchenia, a site steward from Deer Grove East.

The work being done through the combined efforts of volunteer groups, the Forest Preserves of Cook County and organizations like Openlands highlights the powerful impact made possible when individual entities work together toward a common goal, and help showcase the natural wonders found close to home. It can also be a very rewarding experience for volunteers, as it has been for Krivchenia.

Krivchenia began volunteering at Deer Grove East after attending the restoration project kick-off meeting in fall 2010; which inspired him to get involved. Previously, he was a casual volunteer at Deer Grove West, but decided he wanted to learn more and focus on Deer Grove East.

As restoration continues at Deer Grove, residents and visitors will be able to truly appreciate the beauty of relatively uninterrupted natural land with numerous diverse habitats.

“People have this idea that nature is not anywhere near Chicago, that it’s in the north in Wisconsin, Canada or Michigan. But what I’ve found is that there really is incredible nature right here close to you,” said Krivchenia. “I want to encourage people to learn what’s close by; you don’t have to go far away to find some really cool, interesting and important nature.”